Being Right in God’s Eyes

I got to thinking about my last post in which I talked about enjoying being right because I seem to be wrong so much of the time, and decided I needed to continue the conversation.  It came to me the other day when I heard someone saying something that I felt was very wrong.  I was upset and out of sorts at the idea that they would think in that manner.  How misinformed could you be?  Can’t they see that their vision of the situation is totally from an odd position? And that is when it hit me.  A point of view.  We have all heard that phrase used, but do we embrace what it truly means?  So many times that I was told I was wrong; was I really wrong or did it seem to be wrong from the angle the person was viewing my actions?  I know I have a good heart and that all I really want to do is please my heavenly Father.  I search for areas that need to be cleaned out and made straight in my life.  His Words are my guide for all that I do.  He is love; so I want to be Love.  But I seem to fail so many times. Am I a hard case, or am I being evaluated from someone’s odd point of view? Now that is food for thought.

This year has been filled with ideas of what is right and what is wrong.  I heard an elder say that if Christians didn’t vote for a certain candidate that they were not really Christians.  What? Where is that in scriptures? But from their point of view, that was a truth and if anyone disagreed…they were wrong. Do I have a right to judge this man on what he felt was a strong stand for the truth? And what about the mask issue?  And now the inoculations? Do we take a medication into our body that has not been thoroughly tested and gone through research and testing? Are we doing the right thing, or the wrong? How do we figure out the best choice for our lives?  Only one way.  Ask Jesus. He is never wrong.

Isn’t being right with the Lord a great endeavor for us all?  Shouldn’t we ask Him to show us the benefits of letting others discover the truth and the right ways of the Kingdom? Will this stop the judgements and accusations? Nope.  Jesus was being corrected consistently.  His teachings and way of walking with the Lord were looked upon as “out of order” and “blasphemy” by the religious leaders of the time.  For Him to go up against the “norm” was seen as total disrespect of the governing leaders at the time.  We are told that we are to respect those that are over us, but Jesus had to do the opposite to stay true with His relationship with God. Was He wrong to do so? ( Wow, this really opens up a can of worms! I may pursue this on another post.) The main point is to stay true to His ways and His truth and His love. I believe that will keep you in the “right” a lot more than the other way.

I guess being wrong is not always a bad thing.  It can help me grow, see things from a different perspective, make me dig into scripture as to what really is the right thing, give me compassion for my accuser, make me wake up to the attacks of the enemy, cause me to press into Jesus and admit that I sometimes get it wrong even with my best efforts.  Being wrong according to man is not that big of a deal.  Staying right with Jesus is a lifetime focus.

So I walk on. Hoping to get it right and not beating myself up too much when I don’t.  And getting deeper insights into loving “one another.” 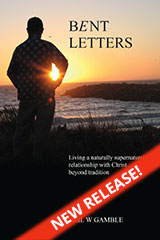