Father’s Hand Ministries (FHM) foundation began with a vision. The vision came as I was sitting before Father each day asking Him for one more soul. I was receiving from Him addresses or places to go to connect with a person and see them receive Jesus. I had been doing it for about 2 weeks, every day winning one to Jesus! One morning He gave me the vision of His future for me as He took me on a spiritual trip around the world.

Let me begin though with one of those mornings before the vision came and what happened as I think it is relevant to FHM and our purpose. This particular morning I saw an address in my head as I lay on the floor praying for my one soul that day. I looked up the address on a map of the city we lived in at the time and found it was a real address so proceeded to start walking across town to find this place. Upon arriving at the address I had seen in my head or imagination I found a very neat little home and fenced yard. As I arrived an older lady came out the front door and down the short walk to the front gate to get her mail. I greeted her as I was walking by on the sidewalk still not sure what the Lord had in mind at this address. She began talking about how wonderful the day was and how good God was. As I stood on the sidewalk her husband appeared at the door, came out and joined us at the fence. We talked about 5 minutes and they asked me if I wanted a cup of coffee. So following his invitation and knowing Father had sent me to this specific address I entered their home to find it filled with mementoes of a mission lived life. Each artifact had a story about someone giving their life to Christ or an answered prayer.

As we sat and talked they filled me in on how they had come to be in this home and we ended up sharing about the prayers we all had been praying that morning – one more soul today! They had felt a bit useless since come back to the states and were sad because they had not seen their lives bring a soul to Jesus since moving into their home. They just wanted to see “one more soul enter God’s kingdom”.

It had been a bit early when I got to their home and I was surprised to see anyone up when I had started by their place. So our talk had brought us to about 9 am. I asked the Lady of the house why she had been out getting the mail at that time. She said that they had forgotten to get the mail before dark the day before so when she awoke she got up and went to get their mail. They told me how they did not like to walk anywhere outside after dark as their eyes were not as good as they used to be. The husband said, “in the winter is the worst as it gets dark so early and the mail does not come till late in the afternoon. So many times we have to get it the next day. It would be so nice to have a yard light at the gate next to the mail box”.

I am an electrician. So I told them I would put in a light by their gate with a switch at their door so they could get their mail. They were excited and we prayed afresh for them to get to lead a soul to the Lord again.

Remember Father had sent me to this address for me to see a soul come to Jesus that day.

I went home and got the supplies I would need to put in their light and as I was headed back I was praying about the soul that was supposed to come to the Lord by me going to this ex-missionary couple’s address. When I arrived back at their home the first thing I had to do was sit down and have some fresh made lemonade. Then I began to dig the trench across their lawn for the light. They had gone back inside the house and I was digging the trench when this young man walked by and saw me digging the trench. He stopped and said, “I will finish digging that trench for you for $10. I asked why and he told me about just getting out of jail and having no money for food or anything. Father spoke to me… I told him that I would pay him the $10 to dig the trench on one condition, that he had to sit with the old couple who lived there and have lemonade with them and eat lunch with them if they asked him to. He agreed to my terms and began to dig. I went into the house and told the couple about this young man fresh out of jail that morning and how I had hired him and gave them my conditions for his doing the trench. Then I told them it would be a perfect fit to talk to this young man about Jesus.

Soon out they came with fresh lemonade and asked the young man to sit with them and take a break. It ended up that they sat with him till lunch then fed him and led him to Jesus early that afternoon.

I dug the trench while they led him to Jesus and prayed over him and got him baptized in their bath tub and then baptized in the Spirit also… I paid the young man the $10 and ended up discipling the him for a couple months. (He had no place to live so we took him in and helped him get his life together.)

I visited the retired missionary couple a day or two after the day they brought this young man to Jesus. They were so excited and amazed at how Father had answered their prayer to see one more soul come to Jesus. I was overwhelmed by Jesus and the way I got to see a soul come to Jesus that day.

THAT DAY was the beginning of a whole new way of living life for Jesus, and for me to see souls brought to Father’s kingdom. When I went to the place I was directed and helped someone else see their desire in Jesus fulfilled, my desire was fulfilled! I began to teach and train others to bring people into a walk with Jesus. Multiplication began and I became a discipleship trainer. I became about “others”!

The focus of FHM is to train and equip the body of Christ to bring His kingdom to bear on earth by causing them to walk like Jesus, live in Intimacy with Father, make disciples, seek and save the lost and destroy the works of the enemy.

It was not long after that day that the Lord gave me the vision that we are walking out today. He said it would start with a phone call and going to India first. He took me on a trip around the world and showed me fires in many countries and in the NW of the USA. He asked me what I saw and I told Him, “I see fires all over the NW of the USA and in a bunch of countries around the globe”. He told me that I would start those fires and others would maintain and enlarge them. He gave me a list of countries (I have been in 20+ of those to date and have a few more to go) and a picture of the NW of America. He then told me I had to go to India first and the whole vision would start with a phone call.

From the time of the vision of going around the world and starting fires for Jesus until the phone call came and it began was 17.5 years of dieing, being trained and taught, falling and getting up, endurance and patience learning—finding a close, personal, dynamic, intimate life with Jesus, etc… In September of 2018 it has been 17.5 years of walking the vision out and there are fires started which others are a part of. Now we seem to be entering a new dimension of His vision and have a fresh confidence that the Lord will finish all that was and is a part of His vision the way He wants to. WE do not seek the vision, nor try to fulfill it, but we do seek HIM and as we follow Him and walk in intimacy with Him we see Father’s Hand guide, equip and send us to complete the desire of His heart for His church and us.

FHM; teaching/training the Church to walk in the fullness of His will, equipping the Body through discipleship, intimacy, strategic prayer, leadership Jesus way, and Holy Spirit seminars and trainings. Or any other topic the Lord shows is needed to equip and edify His Body to walk and be found to be like Jesus. Eph:4:12-15 (AMPC)

We believe that now is the time for Africa, South America and the USA so please be in prayer with and for us that doors here would open and that in Africa the trainings we are participating in will produce fires that cannot be put out! How may we serve you and help you fulfill Father’s heart desire in your living? 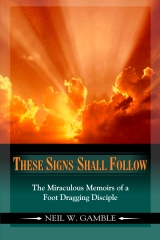